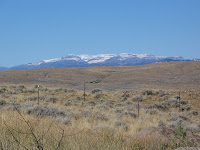 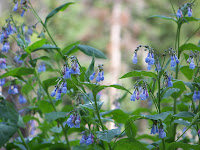 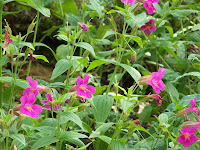 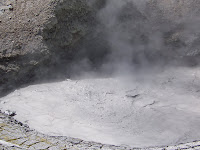 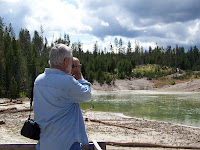 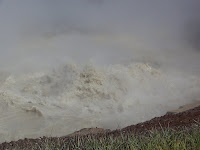 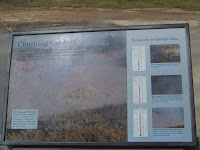 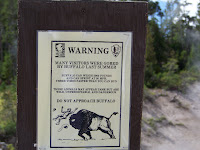 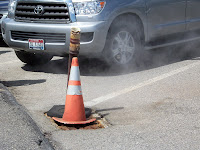 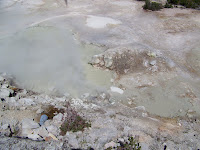 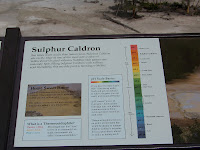 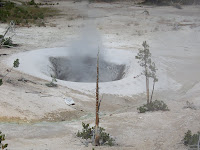 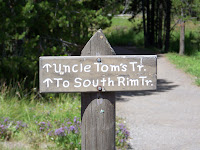 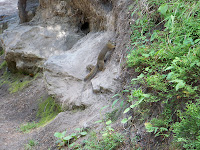 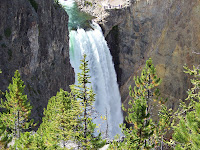 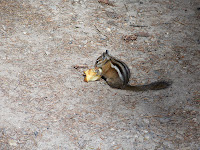 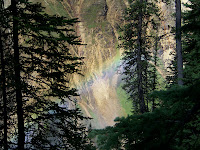 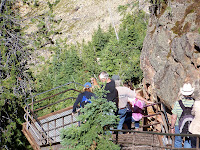 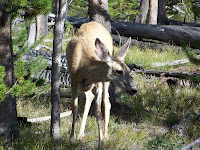 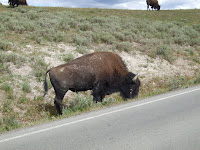 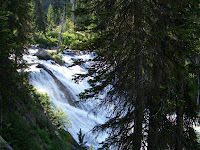 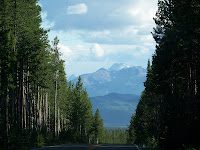 Our first visit was on Saturday, August 15. On Monday, August 17 we took our leave of Daphne and Claire, headed toward Grand Teton National park via Yellowstone. The park drew us in immediately, as usual, and we were so happy to be able to do things at our own pace that we ended up spending the whole day. We stopped to photograph the wildflowers, did a whole tour of the mud volcano area and the sulfur cauldron (we were intrigued by the steam coming up out of the cone-covered drain); and walked Uncle Tom's Trail to the lower falls (Harry went all the way to the bottom; I went most of the way, but the last long flight of stairs was too much to go down for me with my trifocals). We then headed for the south exit, stopping to see Lewis Falls - very beautiful - and to photograph an elk that was feeding by the roadside. The photo of her that I included shows the 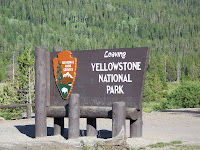 stupidity of so many people in the park - challenging the wild animals. Apparently they don't read the sign about people being gored by buffalo. By the time we got to the south entrance we were tired from a long day and decided to spend the night at the Flagg Ranch Resort.
The first photo in this series was taken from Daphne's driveway. This is what we woke up to on August 17, after a major thunderstorm the night before. Apparently they are used to this in Wyoming, but I've never lived in any place that got snow at this time of year.
Posted by Jesusan at 12:02 PM