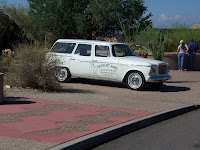 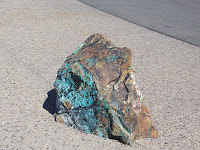 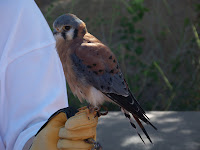 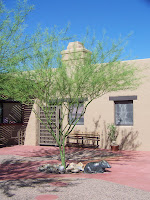 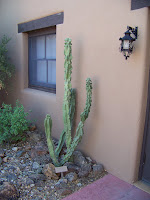 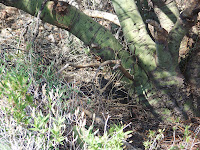 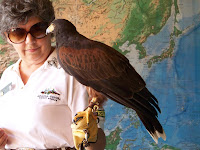 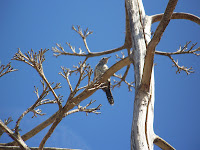 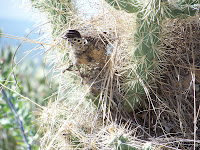 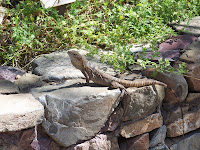 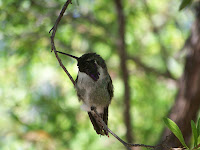 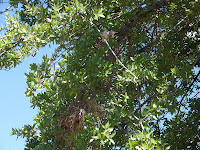 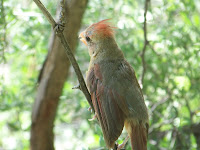 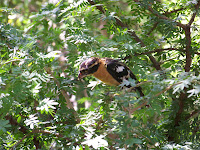 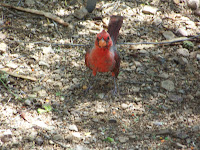 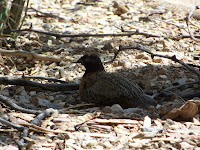 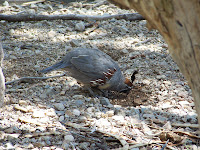 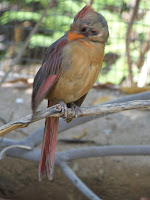 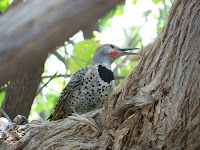 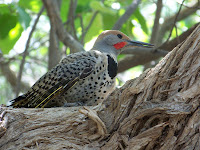 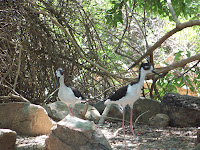 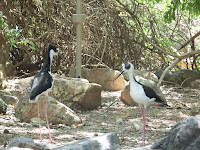 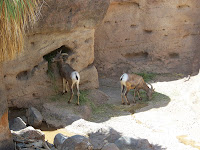 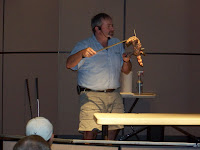 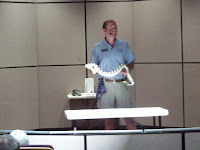 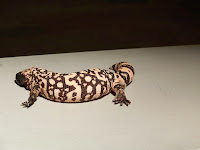 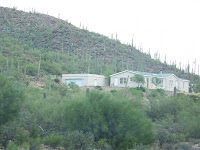 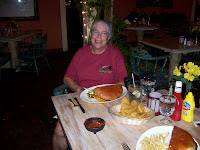 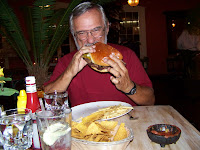 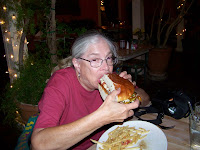 Yes, we visited this museum last year, but we came back because we knew there was much more to see than we could have taken in on one visit, especially since it was very hot last year and I was not prepared for such intense heat. This year it was cooler, but we also got there much earlier in the day.
We were privileged to see handlers with an American Kestrel first, and a bit later a Harris's Hawk. This time we visited the aviaries, starting with the hummingbirds. The black-chinned hummingbird seemed to pose for us. Then we went to the regular aviary, where we saw all sorts of interesting birds. I've included photos of Pyrrhuloxias (which are similar to cardinals), Black-headed Grosbeak male (the females look like large sparrows in their coloration), a Gilded Flicker, Cactus Wrens, Masked Bobwhite, Gambel's Quail, and a pair of Black-necked Stilts that we watched gain in confidence and come quite close to us. There was a crested black bird in a tree outside the aviary, too difficult to get a good shot of with a regular camera, but Harry got it with his video camera. Thanks to freeze frame and slow motion we were able to actually identify the bird: a Phainopepla. The video caught all the details we needed.
There were, of course, lots of lizards around, and we also decided to go to the show about venomous reptiles. The show turned out to be quite interesting. It showcased the Gila Monster and the Black-tailed Rattlesnake. Both animals were notable for their lack of excitement or nervousness. They were clearly used to being handled and their handlers were clearly comfortable with the animals. One interesting note for me was the information that baby snakes are not more venomous than adults - they have less venom due to both age and size. Apparently adults will sometimes opt to bite without injecting venom, though.
After the reptile show it was time to hit the road and head for home. We stopped for dinner in Historic Old Mesilla for one of the giant chili-cheeseburgers at the Double Eagle Restaurant/Peppers Cafe. The burger turned out to be quite tasty. The atmosphere and furnishings of the restaurant were also very nice, and the service was excellent. It was a great way to end an amazing journey around the country.
Posted by Jesusan at 4:08 PM