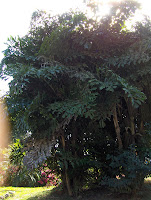 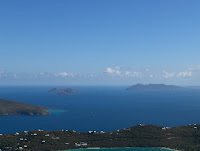 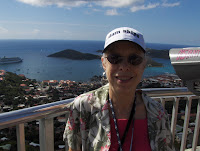 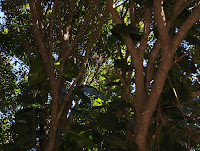 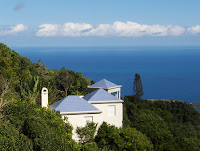 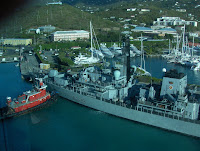 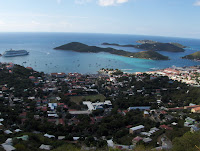 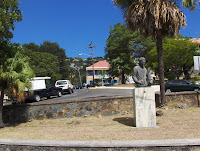 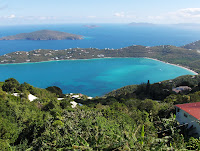 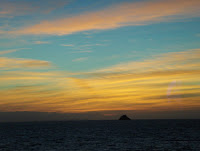 This was my third visit to St. Thomas, and this time I actually did an official shore excursion. While my friends went parasailing, I chose to do a tour of the island. We traveled in an open tram-type bus, and the weather for doing that was perfect: a sunny day, with very comfortable temperatures. We spent a lot of time on narrow, switchback roads, which added a little excitement, although not as much as when we ended up in a traffic jam at the lookout point on the way back to the ship. I was impressed with how polite the drivers are compared to drivers in the US, until the traffic jam. Then all of a sudden everybody lost patience. However, fortunately the issue was soon resolved. I could not understand a lot of what the driver was saying, because of his fairly heavy accent, so I mostly paid attention to the lush & beautiful scenery. The views looking out over the ocean with all the nearby islands visible is one that will be beautiful to me no matter how many times I see it. The tour was also nice because the two couples I shared the bus seat with were very nice. One of them is responsible for the picture of me at the overlook.
One of the things that fascinates me, when I'm in areas like the Caribbean, is seeing many of our houseplants growing in the wild. We saw Mother-in-law's-tongue, split-leaf philodendron, golden pothos, fishtail palms, and some of the bushes with the striped/brightly colored leaves, the name of which I can never remember.
The tour took us over a good portion of the island, and stopped at the mountain top for half an hour of shopping and/or drinking banana daquiries. Or doing none of the above, if you are me. While I did look at the shops, & saw plenty of nice merchandise, there was nothing offered that was of interest to me. On the way down we stopped at a lookout, which was another shopping opportunity, of the straw market type. The only thing of interest there beyond the gorgeous view, was the man with the dressed up white donkey, whose purpose was being a photo op. The donkey was very cute, but the poor thing had the scroungiest tail I've ever seen on any animal.
At the end of the tour we drove through the town of Charlotte Amalie, and I finally saw places I recognized from my first visit to the island, which I had not found on my most recent visit.
My friends reported that the parasailing was a lot of fun. They went up tandem, and all said it was very easy and very pleasant. That includes the one who is as uncomfortable on ski lifts as I am. I do believe that it's easy & enjoyable; however, I think I will still pass, unless an extremely special opportunity arises.
While we were at breakfast, we got to watch a British frigate come into port, pushed up to the dock by tug boats. We couldn't see a lot of details, like faces, but it was clear that the crew was all dressed very neatly in Bermuda shorts.
It was nice to finally see more of the island and get a feel for what it is like. We were also sent from the island with a gorgeous sunset as our parting gift. Much better than any of the parting gifts on Wheel of Fortune.
Posted by Jesusan at 12:06 PM